Home » Shifting Populations And The Implications For Transportation

As states across the nation see significant population shifts due to the pandemic, transportation technology has never been more vital. Whether it’s the Sun Belt states that are experiencing large population growth or the Northeast that saw an out-migration trend, smart technologies on roadways matter.

As populations change, the way their roadways and infrastructure are managed must also adapt. This is where we need to invest in technology.

For example, the average American spends approximately 59 hours per year waiting at red lights, according to the AAA. That’s over two days per year.

Now imagine your population has grown almost 20% in the last year, like it did in Utah. More people only means more cars on the road. Communication between cars and stop lights becomes integral in these places in order to manage traffic.

It will do this by establishing “a Smart Technology Traffic Signals Grant Program where the Department of Transportation would make grants to state, local, or tribal governments to improve the functioning of traffic signals.”

These grants can be used for anything like replacing outdated traffic signals to paying the costs of temporary staffing hours dedicated to updating traffic signals.

This bipartisan legislation will also inadvertently solve a number of other problems because not only is sitting at red lights extremely time-consuming, idling also poses issues such as air pollution and fuel costs.

For every 10 minutes of idling, drivers release one pound of carbon into the atmosphere. In fact, according to the U.S. Department of Energy, “Idling for more than 10 seconds uses more fuel and produces more emissions that contribute to smog and climate change than stopping and restarting your engine does.” However, turning off and restarting your engine at a red light would be almost impossible to execute in a timely manner.

Not to mention the negative health effects of idling. Fumes can lead to a number of major health concerns, as they have been linked to asthma, an overall decrease in lung function, cardiac disease and even cancer.

With gas prices up 40% since January, idling one’s car unnecessarily can become an extreme financial burden. Idling for just a few minutes per day can cost the average driver several dollars per week.

Fortunately, as many citizens make investments in electric cars, idling emissions have slightly decreased. Over 1.4 million Americans now drive electric cars. But this shift to electric cars has not been quick enough to combat the vicious effects of climate change. We must also have a concrete strategy of how we will deal with the other 286 million gas cars still on our roadways. Traffic reduction is the first step.

Attaining smart intersections is a vital piece of the puzzle in reducing traffic all across the nation. In no world should people spend over two full days per year sitting at stoplights, emitting CO2, breathing toxic fumes and spending money. We must also do our part. Stop idling in the parking lot, contact your legislators to understand the legislation that will impact traffic negatively and ask your DOTs to lead on these initiatives. We must make the investments necessary to change this statistic. 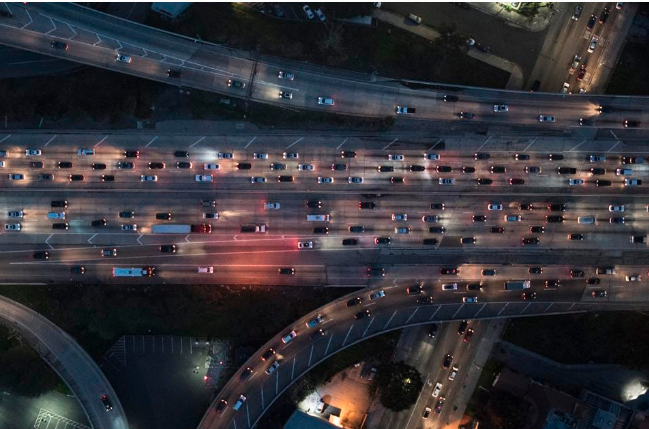